A Man, his Best Friend a Dog and Sports 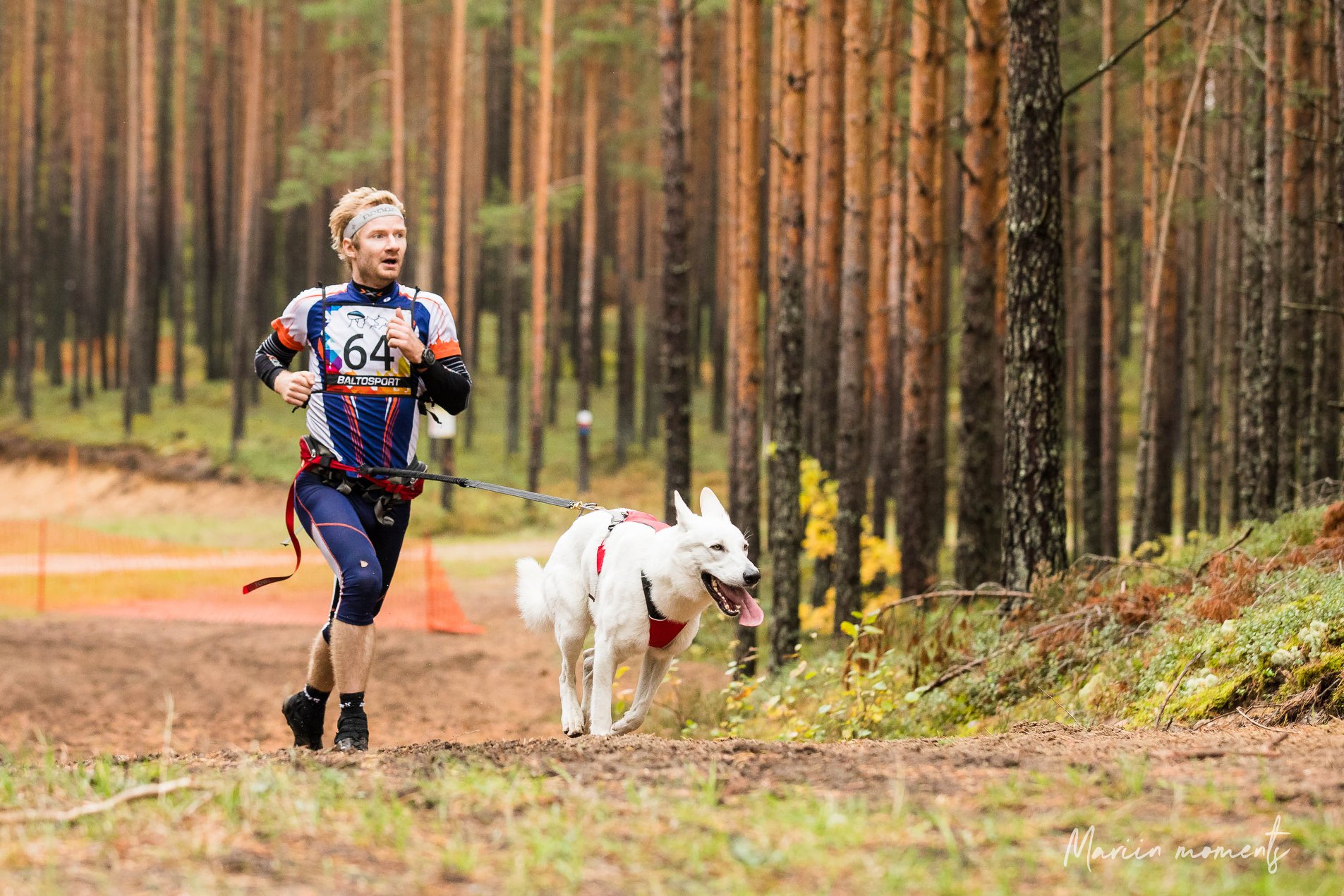 A story about how a man and his dog became inseparable friends through sporting.

Interview is initiated by Sport and Dogs – sportanddogs.com

Raido Laidla is a man who has grown together with his family dog Tyson so much that they spend most of the time together and participate in sport events which involve the co-operation between a man and his dog. Today we interviewed the team that has been participating very successfully in sports events in several countries and winning first places with his “a man and a dog” team.

Thank you Raido for taking your time to give the interview for Sport and Dogs and petwordglobal.com readers. Maybe, to clarify for the readers, then I am Monika Laneman and the dog we are talking about today is one of my bred BTWW dogs. And since you have found the best balance with the dog what a family can have I thought that also other people would be interested to hear your story.

Please, tell me about you and your dog story.

So… I have always been a big fan of dogs and they have always touched me deeply emotionally. To be honest I didn’t really want to take a dog because I knew I would grow too attached to it. My wife, Evelina wanted a dog and finally, she got her way. The breed was also her choice as she always wanted a White Swiss Shepherd. To me, they looked a bit funny at first but I quickly grew to appreciate their majestic form. So we ended up taking Tyson, a purebred White Shepherd Dog with the full name “Born to Win Warrior Tyson”.

You have been competing with your dog in many competitions. Where did you get that idea to start participating in sport events with your dog?

The dog was taken as a pet and a companion, we would mostly go hiking a lot when Tyson was a puppy so he really got us out of the flat more. Most weekends we would go to discover some new nature trails and Tyson really liked to explore.

Obviously, some training was needed so we signed up for some puppy classes and later into beginner level obedience. Evelina was doing the training because, well, she wanted the dog in the first place 🙂 Not a lot later she got pregnant with our first child, and as over the months it would become more and more difficult for her to continue, we decided it would make sense to transfer all dog related trainings to me. As over the months, it would become difficult for her to continue the trainings. I have always been a competitive and sporty person by nature, so we sought for other types of training aside from obedience and joined Agility classes. Tyson was very happy to jump and run over all the obstacles since the beginning and we continued with the trainings. It was something he learned to enjoy while going on those hiking trips I’m sure, jumping over ditches and climbing rocks in the forest.

One thing led to the other and we started going to Agility competitions. I guess we did okay considering he is not the fastest breed on the track, but his strong will and desire made up for it. I was happy to run alongside him on the tracks, but the better you get in Agility the less the handler really has to move. The dog learns to follow your directions from the distance and it did not give enough exercise for me personally. So we started seeking more activities on the sideline again. Since he was 1 year old I used to take him orienteering with me weekly. He loved running around the forest with me and it gave him a good general workout.

How did you get involved with Canicross?

I believe Tyson was a bit over 1 year old when we heard of a competition in Keila where dogs have to run up the hill. After that, you could run a 3 km nature trail with your dog attached to you with a running belt. I thought of myself as a good runner but we ended up being 5. or 6. overall. Apparently, it turned out, the key was to get your dog to pull you harder and faster, whereas we only went running side by side to enjoy the trail this time. However, we got a lot of contacts from this competition for people who compete in this sport all around the year, in Estonia and abroad. Since then we have been practicing and participating in Canicross events around the Baltic States.

” What is Canicross – Wikipedia

You have been very successful in Canicross with your dog. Can you tell more about your achievements and your highest result?

This year we started off with a second place in an event in Salacgriva, Latvia, in January and went on to win another 6 following competitions over the months. We have been constantly back to the Keila canicross competition and increased our ranking every time. Tyson is titled “Tagadi Tarzan” for the last 2 years by winning a very nice outdoors agile adventure track. We also participated in the “team run” as a team of 3 White Shepherds and managed to win there both personally and as team as well.

The last result was the third stage of Estonian Dryland Cup series on the 15th September in Tallinn. We got first place in Canicross class and are currently leading the series with 3 victories.

I’m not sure how to determine the highest result, but personally, I enjoyed the most this years Latvian Championship in Canicross with Obstacles Race. It was a 5km run with different jumping, crouching, climbing and swimming obstacles. It even had a shooting range and penalty laps like real biathlon, however, the dogs had to be closed and wait in this part. We managed to get first place from this competition and became Latvian Champions. 🙂

What are your future plans with you and your dog?

At some point, I would like to participate in an ultra run with Tyson. Somewhere nice on a nature trail 50-100 km distance. So far the most we have run together is about 40 km, but at the end of it Tyson still has some energy left. He still keeps wanting to play fetch with me, which is his absolute favourite all time activity, even after a really long run. So I’m sure with a bit of practice we can go further than that.

We would also like to participate in Trophée des Montagnes, its a Canicross event in the alps in France that consists of 10 days of running, ~10km every day. But we will have to see how and when we can go for that as we have another addition to the family on the way.

Tyson has become very competitive as well, perhaps he takes after me in this matter. He gets very excited before any competition and its rather difficult to keep him calm. I’m not sure if it’s a good thing or a bad thing, but we try to keep each other calm and do the best we can.

It has been a journey for over 3 years now and we try to keep him as busy as possible. I don’t think he has ever been left alone at home. Riding along in the car where ever we go, he even gets to ride shotgun in the front with me. Evelina and Roy, our firstborn, sitting in the back.

You have a marvelous journey with your dog! What advice would you like to give to other dog owners?

The only advice I have is to find something you love to do that can include your four-legged friend as well, and surely they will love it just as much and appreciate the time you spend together.

Sport and Dogs is Lifestyle! – sportanddogs.com

1 thought on “Story of a Man, his Best Friend a Dog and Sports”